PC Majority for the next four years 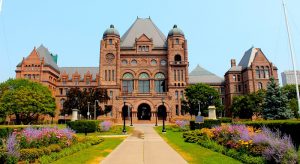 Last week, after many months of campaigning, Ontarians’ have elected a majority PC government to lead us, over the next four years.  Looking back over the past few months of the election campaign, no doubt it will be remembered as one of the more memorable albeit strange, campaigns in a long time.  Congratulations to Vic Fedeli and his entire election team, on a huge victory here in Nipissing.  After two terms in opposition, we can look forward to having our elected MPP as a member of the Legislature, that is forming the new government.

Congratulations to all the candidates that put their names forward to run in this Provincial campaign.  Campaigns are tough on candidates, their teams and most of all, their families.  The work that is put in running for office by all, never stops during the writ period and each candidate is probably taking a bit of time to rest and wind down after last Thursday.  The exception to that is Vic Fedeli, who headed back to Toronto on the day after the election to get started on what will be a very busy time, as the new government is formed.

With a majority government elected, it appears that Ontarians were not satisfied nor wanted either a minority or coalition government to lead this Province, during the next four years.  The voters placed their trust in the PC party and expectations of Premier Elect Doug Ford and his new government are going to be high.  These next few weeks will be interesting to watch as the party forms government and the appointment of the new Cabinet takes place.  With a seventy-six-seat majority there appears to be a lot of talent that will be scrutinized by the Leader for those cabinet positions.

As a riding in Northern Ontario, it is going to be important that we have Vic Fedeli at the Cabinet table.  Vic’s hard work over the past two terms in opposition as both the Finance Critic and Interim Leader of the Opposition should position him well, for one of those seats.  Vic’s work on many of the issues including Ontario Hydro, the Ring of Fire project and most importantly, the Provinces finances should land him one of the senior Cabinet positions and we will wait and see as those announcements are rolled out.  Vic has shown over his entire political career that he is not afraid of taking on tough issues and his work ethic is without question.  Premier-Elect Ford will need his expertise and political savvy as they set up shop.  Congratulations Vic and we all look forward to the next four years.

Don’t forget about Ignite North Bay at the Capitol Centre on June 21st @ 7:00 p.m.  Come out and see what inspires our City and join in a movement to change the way we think and feel about the place we live.  The “How Might We” crowd and talk is growing, and the Chamber encourages all to come out and be part of it.  Also, the Chamber annual golf tournament at Osprey Links is also just around the corner on July 5 and we expect it to be a sell out once again.  Book now by calling us at the Chamber office while there are still some spots and sponsorship opportunities available.