Our Young Professional of the Month for November 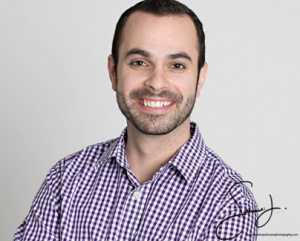 Dr. Eric Guillemette is native to the North Bay area.  After graduating with honours from École secondaire catholique Algonquin, Eric continued his education by obtaining an Honours Bachelor of Health Science at the University of Western Ontario. While in school, Eric knew he wanted to pursue his education in healthcare and provide bilingual services to his future clients. After completing his degree in 2014 at Life Chiropractic College West, Hayward, CA, Eric was granted his Doctorate in Chiropractic.  Additionally, while Eric was obtaining his doctoral degree, he performed over 300 hours of postgraduate studies in functional neurology to obtain a Diplomat from the American Chiropractic Neurology Board (DACNB). After completing his education abroad, Dr. Guillemette has returned to his hometown of North Bay in order to give back to the community and provide his healthcare expertise.  His practice, The Neuro Edge, is located at 1831 Cassells Street in North Bay. He can be contacted at (705) 492-6757.